Our first day in San Fran started with a delicious homemade breakfast before we headed off to the city for our Alcatraz tour. We were a bit early getting there so we went for a drive through Chinatown and down the zigzaggy Lombard Street.

We grabbed the ferry to Alcatraz which was pretty cool as it ran on solar and wind energy.  Once there we did a 45 minute tour led by a guide outside who pointed out the various different buildings on the island (including the amazing views of the city from the island) followed by 45 minute audio tour that takes you all through the prison.  It was pretty cool going through the cell blocks and even seeing the cells that the 3 prisoners there escaped from. 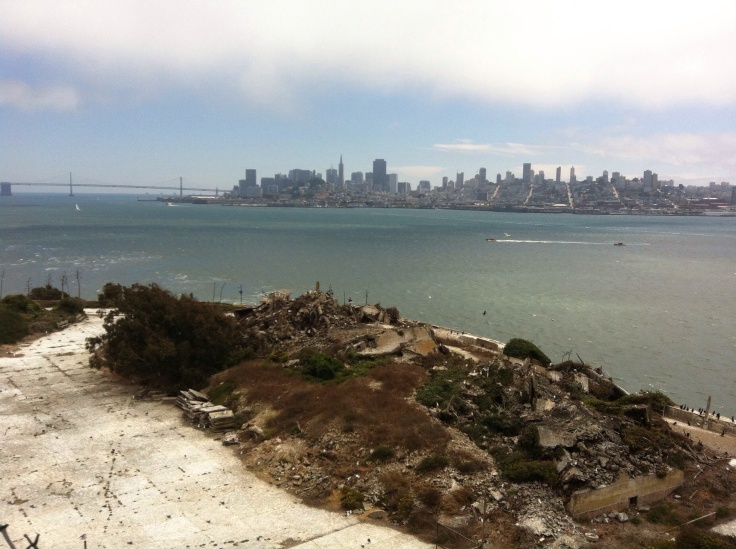 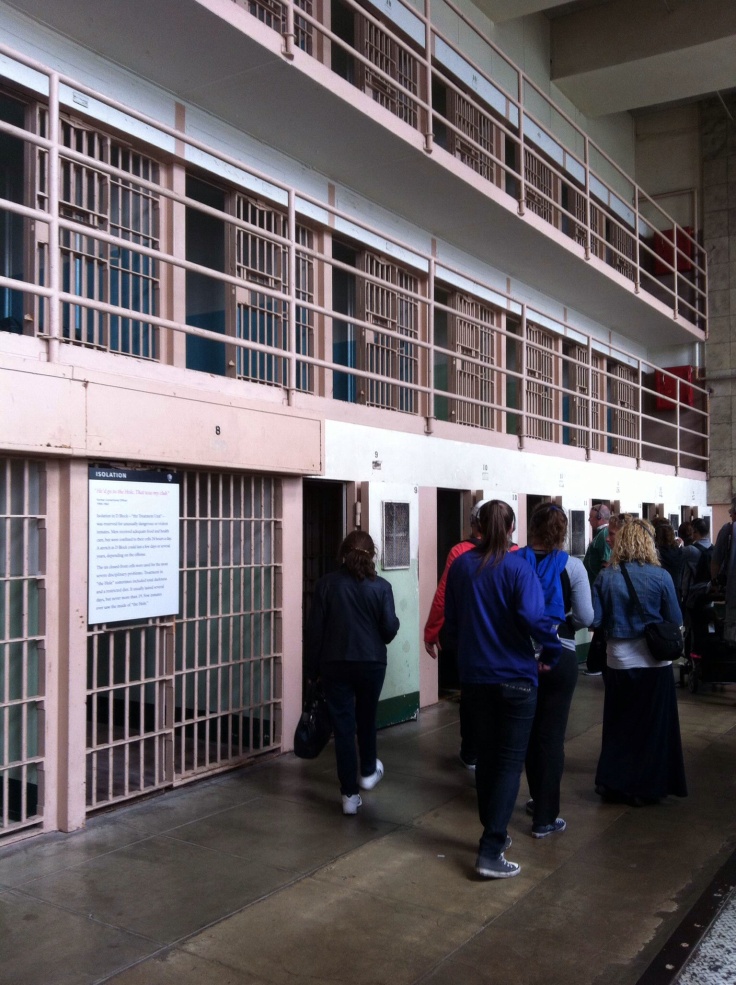 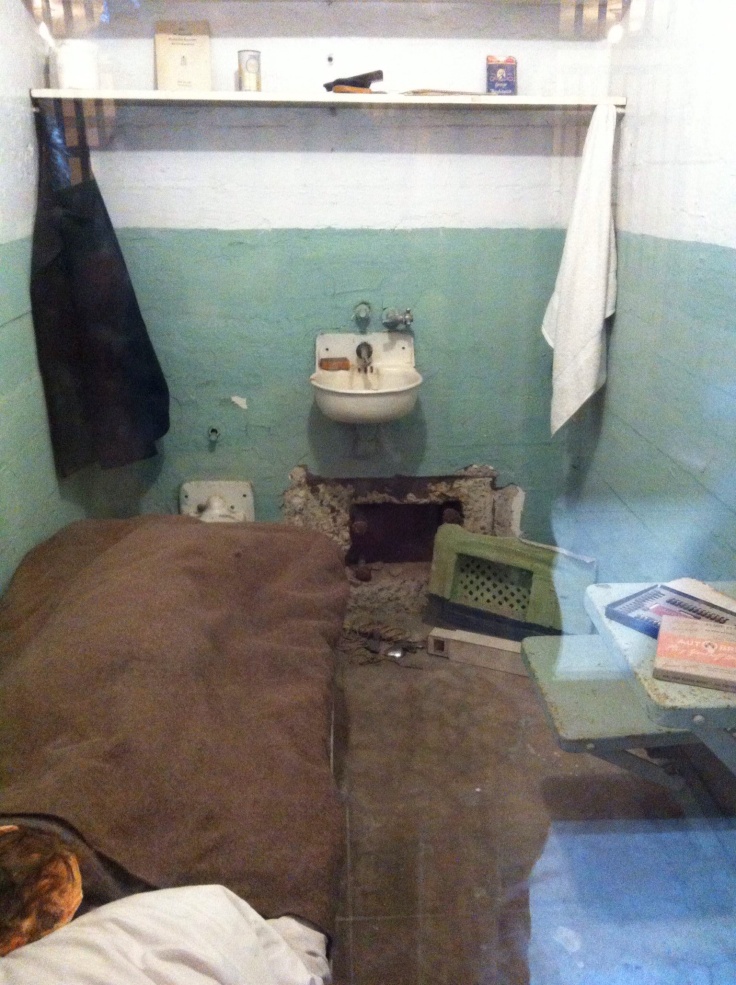 After our tour we headed to Pier 39, a really touristy party of San Fran where we were able to get souvenirs and see the sea lions napping on the docks.  After seeing these cuties we went to  Fog Harbor Fish House. 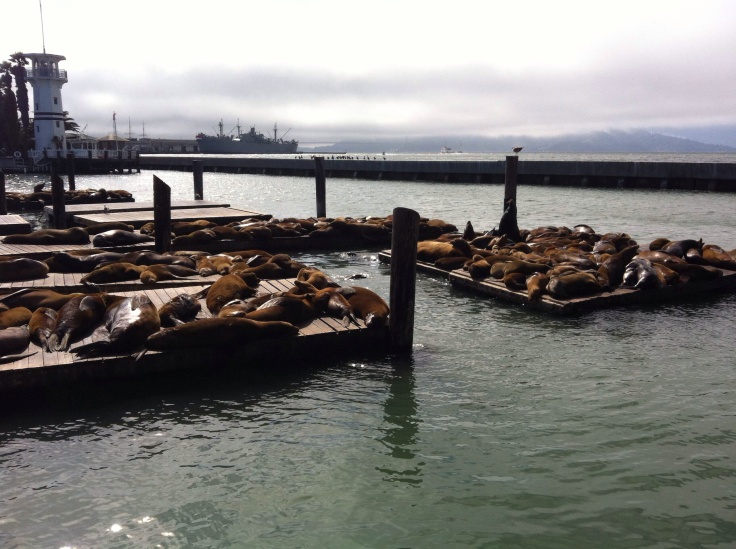 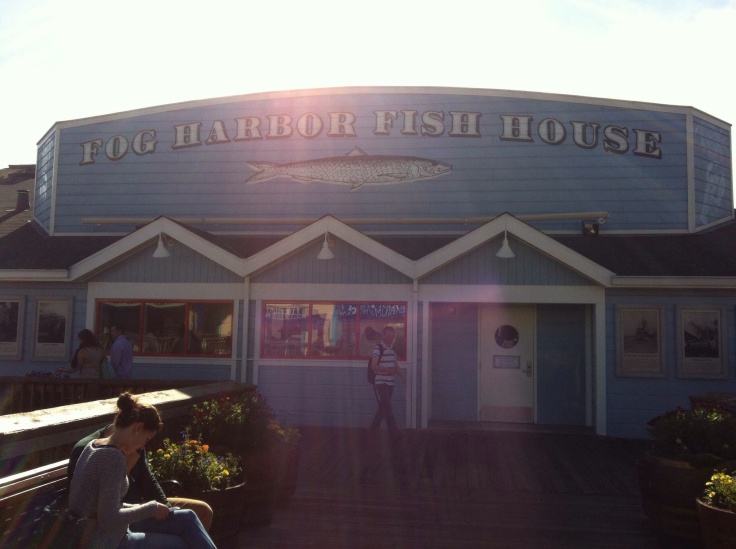 We ordered a bunch of appetizers to share such as clam chowder, oysters, crab ceviche (raw fish cured with citrus juices), fritters (crab that is deep fried served with garlic and horseradish dipping sauce) and also a really good bottle of white wine.  For entree I had the mixed grill (grilled salmon, swordfish and shrimp that was served with citrus buerre blanc, sautéed vegetables and garlic mashed potatoes.  The fish was probably the most freshest (they told us they had caught the salmon that morning in the bay by the Golden Gate Bridge) and yummiest I’ve ever had! And the sweetest thing was that we were treated to dinner!

That evening we headed back to the place that were are staying at in Forest City (30 min drive from the city) and relaxed with some yummy wine.  Amanda’s aunt and uncle are such wine buffs they have a “wine room” at their place filled with many different types of wine.

One thought on “Hello San Francisco!”