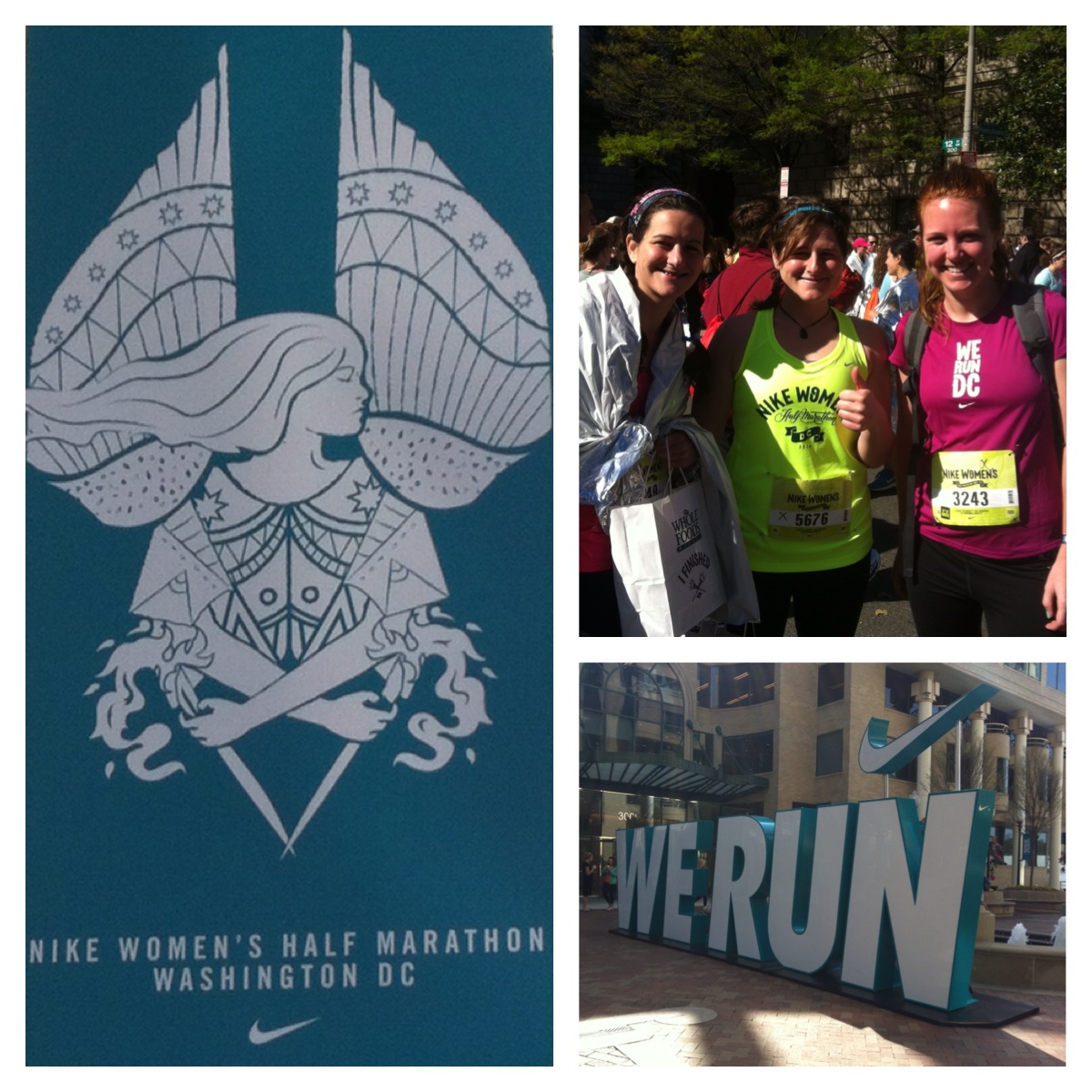 OMG this is it! I officially ran my very first half marathon and the best part was that it was in the beautiful city of Washington D.C.!  It was an early 7am start time but BY FAR one of the coolest races I’ve ever done.  Along the course they had DJ’s, high school marching bands and different cultural groups playing instruments,  this was capped off with a very exciting finish time of 2:05:10 and of course the beautiful Tiffany’s necklace that all finishers received. 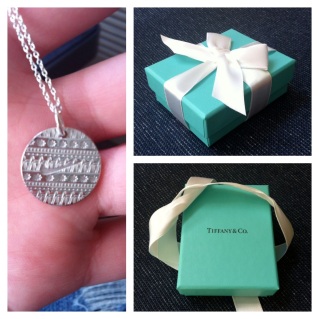 That afternoon we headed over to the US Holocaust Museum for a very wide awakening tour.  After learning about the horrors of the Holocaust in high school history class and seeing films such as Schindler’s list, you’d think one would have a pretty clear idea of the atrocities that people went through during this time.  However, after spending a very emotional afternoon reading even more into this horrific mass murder, I was again stunned that so much senseless killing happened in so many horrible ways.

After leaving the museum we decided to hunt down another yummy restaurant that my gluten free friend had written down called “Wicked Waffle.”  Now one thing I can say about Washington which you must be careful of is to not confuse street letters with street numbers…

After walking for about an hour and a half we ended up finding what we thought would be the restaurant on first street actually turn out to be a house.  Apparently the restaurant was on I street not 1 street ugh our poor feet! Luckily for us there was a restaurant nearby called Aroi Cuisine where we were able to grab some quick and cheap pad thai.  After so much running and walking today our feet were really paying for it.  We decided to head back to our hostel and rest up our feet, we were so pooped we were in bed by 10!

The next day was departure day.  However our flight wasn’t until the evening so luckily we still had a about half a day to do some sightseeing.  Our first stop was to the Smithsonian visitors centre, originally the very first Smithsonian museum, it looks just like a castle.  After checking out this spot we headed over to the Smithsonian American Museum of History where we saw Julia Child’s kitchen, Dorothy’s Ruby Red slippers from the movie The Wizard of Oz and some of the dresses of the first ladies.

From here we headed on over to Capitol Hill for our 12:30 tour.  This was one of the few government buildings that required you to book your tickets online beforehand.  This tour was actually pretty disappointing…  The rotunda was closed for construction so unfortunately we only saw two tiny rooms in this massive building.

Since we still had some time to kill before heading to the airport we decided to try to hit up Wicked Waffle one last time and I have to say finally getting to that place was awesome.  The sandwiches were delicious, pretty much for the sole fact that they are on waffles, nom nom! So good! 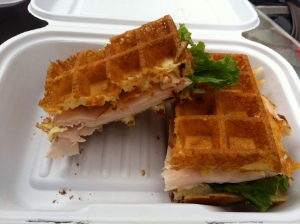 After leaving here it was time to head back to the hostel, grab our gear and head to the airport.  It was a busy few days and we saw a ton! I was impressed with how gorgeous this city was and how clean it was!  The flight home was even great too.  I was nervous about flying with Air Canada as I’ve heard nothing but negative comments about that airline.  However our flight was great! It only took an hour each way and they gave out complimentary drinks and pretzels.  Bonus: They even provide FREE TV shows and movies for you to watch in-flight (what a perk!).

andddddd that’s all she wrote on this one.

Until my next trip!