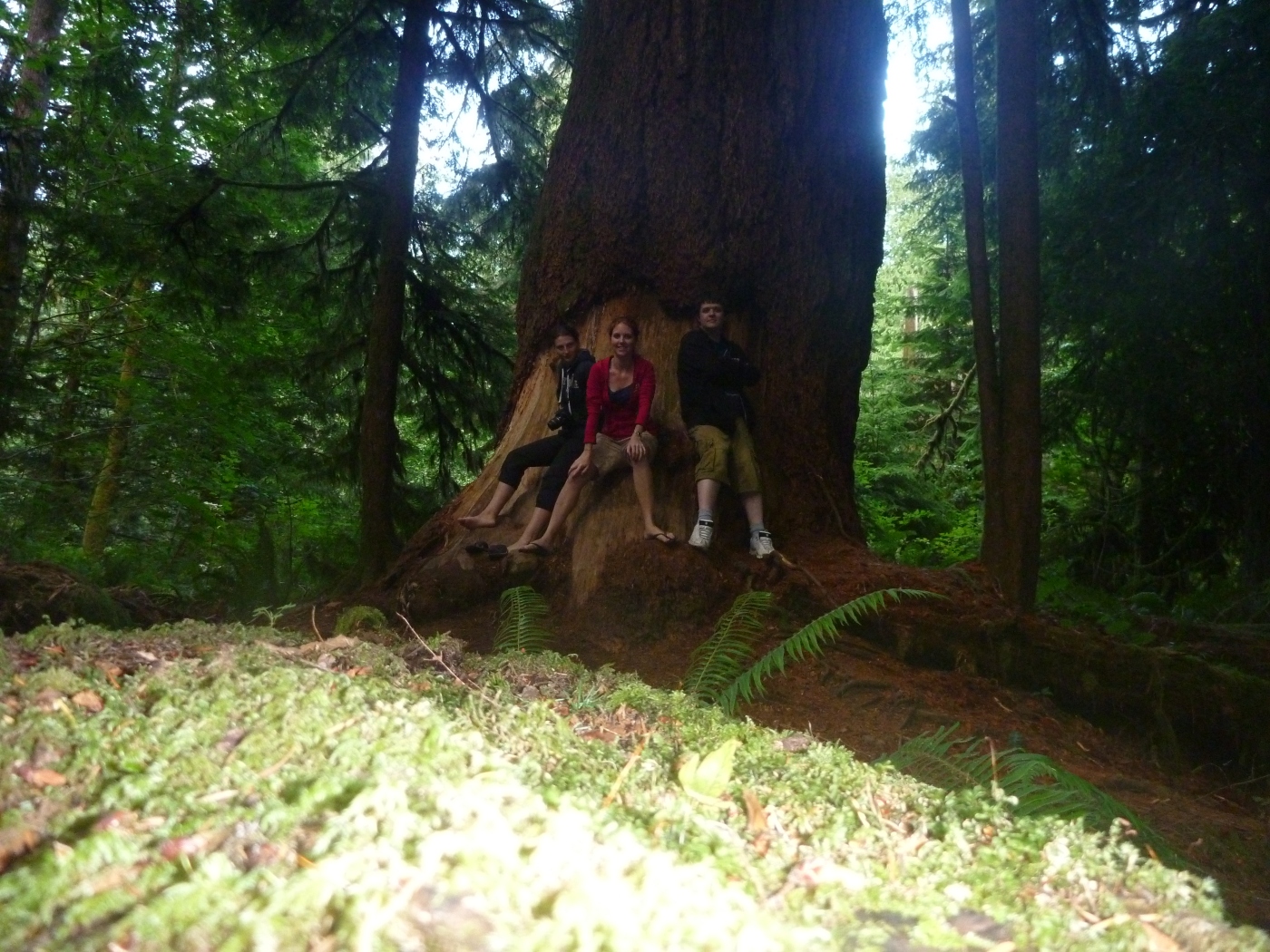 Arrived to Vancouver Island safe and sound! Had a great flight over thanks to Westjet.  We got served complimentary snacks and drinks while being able to watch satellite tv!  Not to mention the amazing views I had out the window.  Soaring above the clouds taking in the amazing mountain scenery as we flew into BC was amazzzzzzing! 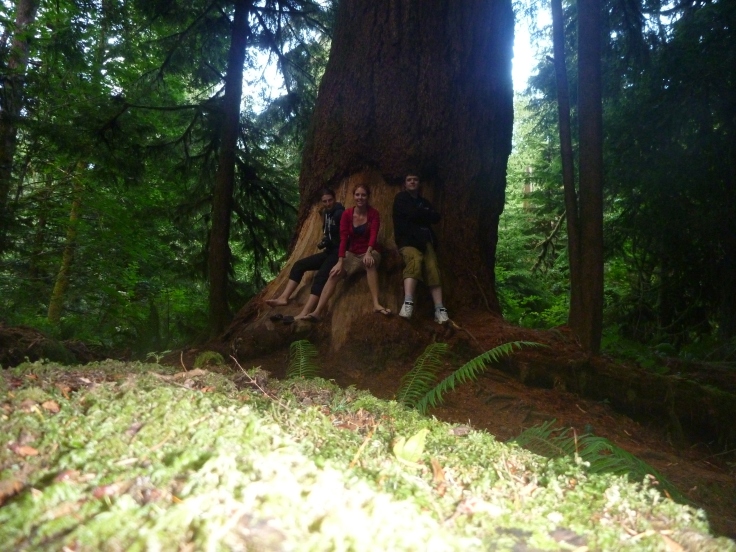 Soon after we landed we picked up our rental car which was a brand new blue volvo with a sunroof!  We then  drove towards Nanaimo where we saw our good friend Jaimie Walker.  I couldn’t believe it had been a year since we all saw her last!  After leaving Nanaimo I took over driving, which surprisingly wasn’t too bad after not driving for almost 3 years! (we are still alive and safe woo!).  Our first stop after Nanaimo was Englishman Falls, which were these huge Waterfalls going over a cliff… beauuuutiful!  After that we went to Cathedral Grove, a place with these huge trees that are hundreds of years old… it was pretty astounding! (uploaded a pic for your viewing pleasure).

I then had to drive through this crazy windy and dangerous mountain pass…which just goes to show that sometimes, driving like a grandma will get you where you’re going.. safe and sound.

We arrived in Tofino and checked into our place which is super nice!! two single beds and one loft double size bed (which I stole immediately muahahaha).  The B&B is right on the ocean… while eating breakfast in the kitchen in the morning you have a nice view of the oceans and huge mountains!