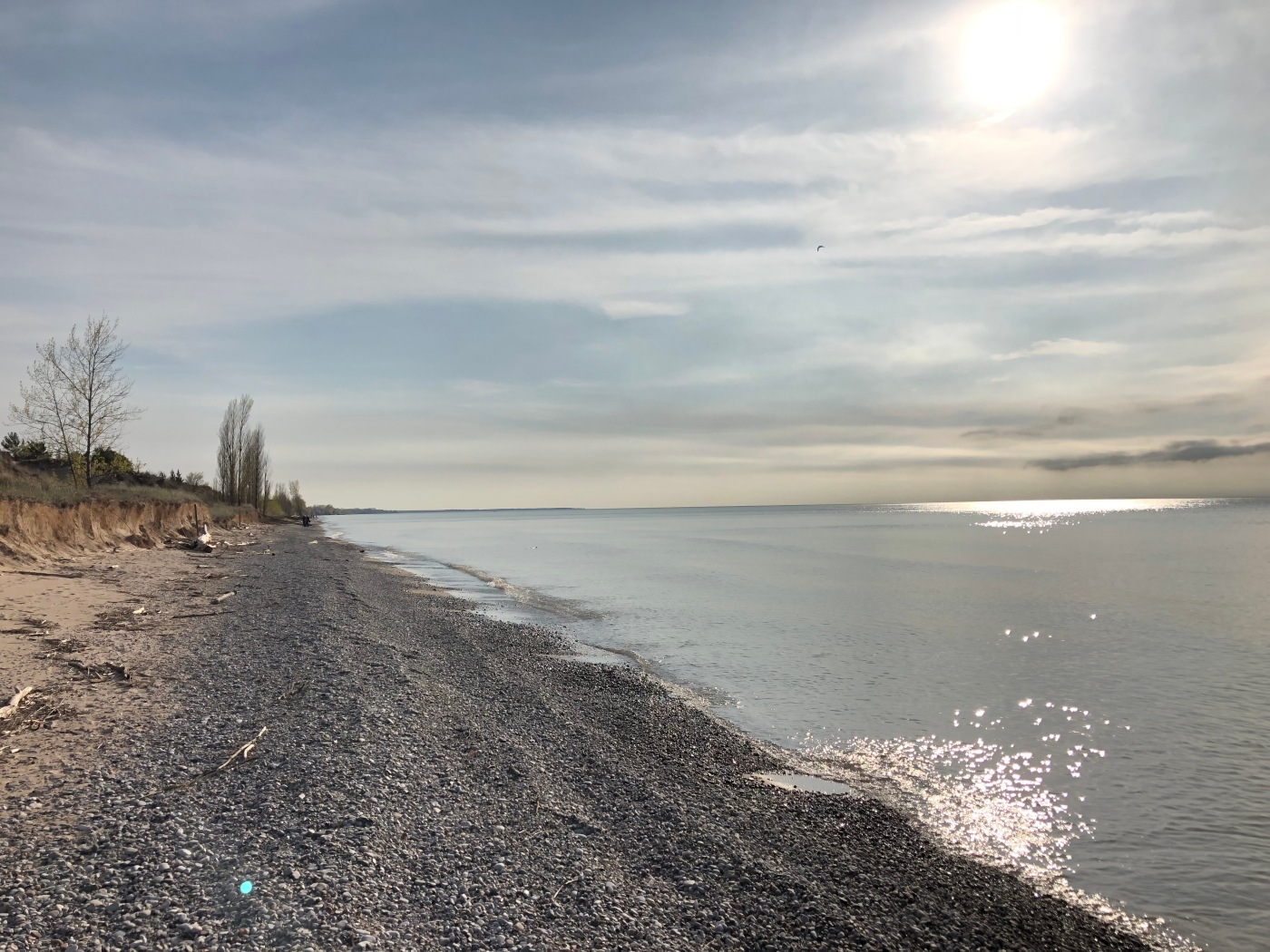 For the May long weekend this year, we planned a getaway southwest of the city at Pinery Provincial Park.

About a 2.5 hour drive away from Toronto, you pass through a number of small towns including Stratford (giving you the opportunity to stop and see a play if you so desire!) on the drive there.  This park is also close to civilization being only a 5 minute drive away from a small beach town called Grand Bend. 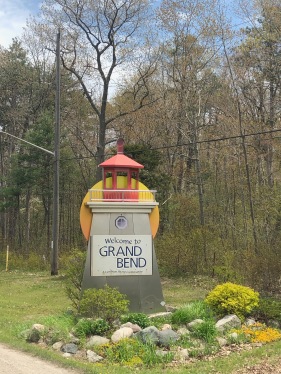 Grand Bend is a small touristy town known as one of Canada’s best beach towns.  The traffic can be pretty crazy getting into town on a weekend from the park, but luckily one of the first stores coming into town from the park is a No Frills, so if you’re just venturing into town to stock up on more supplies you don’t have to wait in traffic for too long. 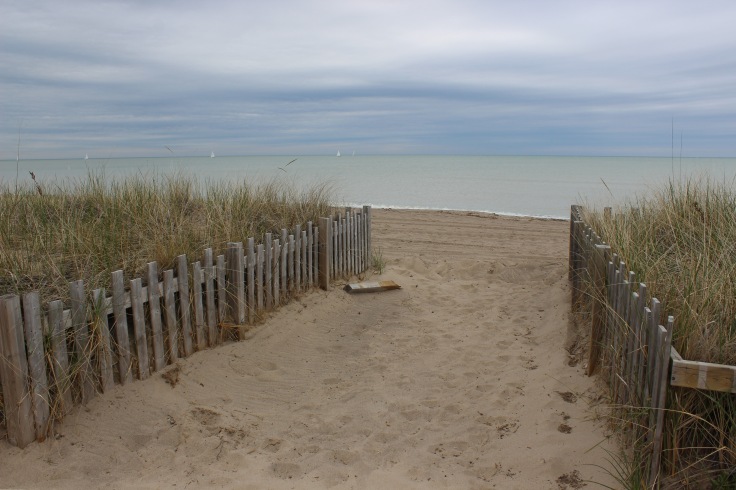 Also, not far north of Grand Bend and worth a drive to if you’re camping at Pinery Provincial Park, is a small town called Goderich.  It’s a 45 minute drive north of Pinery and its known as Canada’s Prettiest Town. It has a stunning downtown known as “The Square” with beautiful architecture.

Pinery Provincial Park was on our list of places to camp as it was known for having a beautiful 10km beach, multiple walking trails and also its sunsets are ranked by National Geographic as among the “Top 10 Best in the World”! 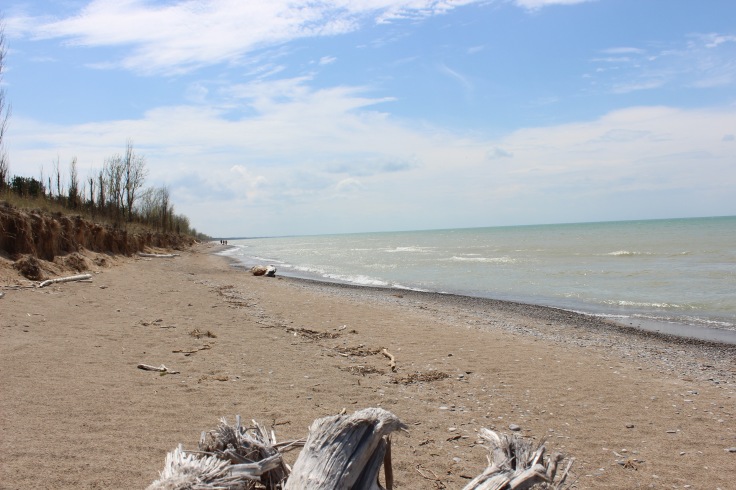 This park is huge!  And there is so much to do whether it be bird watching, scouring the beach for some cool rocks, canoeing/kayaking, fishing or hiking/biking.

As we went in May, the water wasn’t quite ready for swimming yet (unless you are feeling brave like we noticed some campers were), so we spent quite a bit of time just relaxing and walking along on the beach.

Most evenings, we headed down to the beach to watch the sunset from atop the sand dunes (when camping here, be prepared for sand!  This park is largely nestled among sand dunes).  We didn’t have a super clear view of the sunset due to the line of clouds above the water, but it was still pretty beautiful.

Pinery is a great place to do some novice level hikes.  They have 10 walking trails and 1 bike trail at Pinery.

Their bike trail is called the Savanna Multi-use/bicycle trail and is about 14km long.  This bike ride will take you over gravel trails through the forest on one part of the loop and the other half will take you along a long stretch of shared road.

We didn’t end up getting to hiking until the day we were leaving so we tried to pick out what seemed like the best ones, also choosing ones that were very different from each other.

Our first hike was a simple one, we picked the Riverside trail as it had a bit of a boardwalk through a marshy area.  This one seemed really popular with bird watchers and was only 1.0km long. 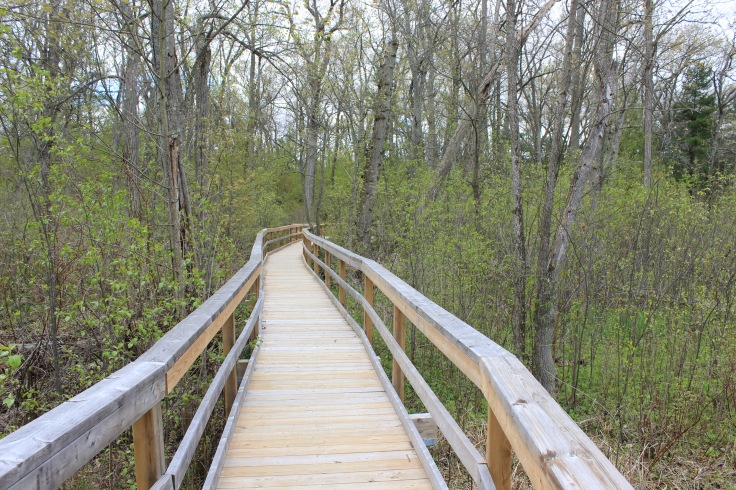 If you’re bird watching its a good idea to take a pair of binoculars on the hike with you.  Even if you don’t have binoculars you may easily spot a Canada Goose hanging out. 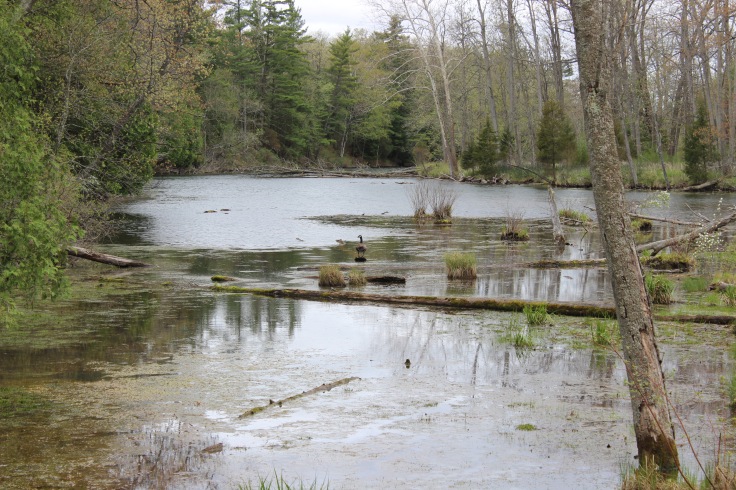 The second trail we walked was the Nipissing Trail, a bit longer at 1.9km.  The diversity here was definitely different, there was more uphill/downhill climbs on this trail along with stairs.

The third and last trail we picked to hike was the Wilderness trail, again another change in diversity as this 2.6km loop took you right to the beach, also random fact, a tornado touched down in the forest a few years back along this trail.

If you’re not feeling hiking or biking, you can rent canoes or kayaks for an hour – full day.

Note:  If you’re looking forward to renting a hydro bike like we were (incase you have no idea what that is, you can check them out here here ) you will sadly be disappointed.  Despite being a featured item listed on their website, when we asked about them in the park we were told that they had all broke and hadn’t been repaired.  Despite that, they do have alot of canoes and kayaks to choose from!

2 thoughts on “Everything is Pine At Pinery Provincial Park”